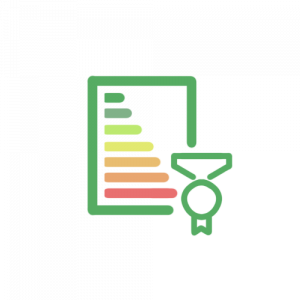 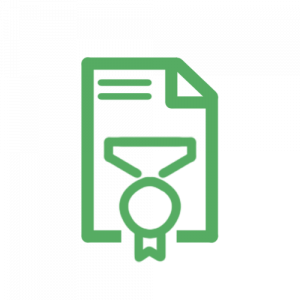 What is an energy performance certificate?

Part of our Building Energy Assessment services include EPC’s or energy performance certificates. An Energy Performance Certificate is a document, produced by an accredited Domestic Energy Assessor.

Do I need an Energy Performance Certificate?

Most of us are now familiar with the concept of ‘A’ – ‘E’ ratings on white goods – designed to easily inform purchasers of the energy efficiency of a particular product. This concept applies to your home as well, in the form of an Energy Performance Certificate (EPC).

England and Wales have a legal duty to comply with a 2002 European Directive on energy efficiency. This legal duty will be satisfied through the Energy Performance Certificate, which used to form part of the Home Information Pack.  These packs were scrapped in May 2010. However, the Energy Performance Certificate part has not and you still require one in order to market your property.

What does the energy performance certificate cover?

The Certificate contains energy ratings for homes. It will outline the cost of heating, hot water and lighting in homes and will give practical advice on how to cut these costs and reduce carbon emissions. It will also provide sellers and buyers with an A-G rating on their homes.

By acting upon the recommendations, it is anticipated that the average home owner will save £300 every year on fuel bills. Recommendations could include information as to how to insulate your loft better, upgrade heating controls such as thermostatic radiator valves (TRVs) and the installation of solar panels.

What is a non-domestic EPC?

A non-domestic EPC, or commercial EPC, is a legal requirement! You must have an Energy Performance Certificate if:

You can be fined between £500 and £5,000 based on the rateable value of the building if you don’t make an EPC available to any prospective buyer or tenant. We can provide both a non-domestic or commercial EPC as part of our building energy assessments service!

When you must display an EPC:

You must display an EPC by fixing it to your commercial building if all these apply:

You don’t need an Energy Performance Certificate (EPC) if you can demonstrate that the building is any of these:

You don’t need an Energy Performance Certificate (EPC) if you can demonstrate that the building is any of these:

A building is also exempt if all of the following are true:

Get in touch with us today for your Commercial EPC requirements, with nationwide availability of assessors to Level 4 building complexity on 0191 500 9567

What is an On Construction EPC?

On Construction EPCs are a legal requirement for any new building and rate the energy efficiency of the building on a scale A through G. They are recorded using the Standard Assessment Procedure (SAP) as specified in Part L of the Building Regulations.

The Standard Assessment Procedure (SAP) is the methodology used by the Government to assess and compare the energy and environmental performance of dwellings. Its purpose is to provide accurate and reliable assessments of dwelling energy performances that are needed to underpin energy and environmental policy initiatives. It is used by accredited energy assessors to generate an on construction EPC for new buildings.

SAP was developed by the Building Research Establishment (BRE) for the former Department of the Environment in 1992, as a tool to help deliver its energy efficiency policies. The SAP methodology is based on the BRE Domestic Energy Model (BREDEM), which provides a framework for calculating the energy consumption of dwellings.

In 1994 SAP was cited in Part L of the Building Regulations as a means of assessing dwelling performance. Reduced Data SAP (RDSAP) was introduced in 2005 as a lower cost method of assessing the energy performance of existing dwellings. SAP, RDSAP and BREDEM are used to underpin the delivery of a number of key energy and environmental policy initiatives, for example:

How does SAP work?

SAP works by assessing how much energy a dwelling will consume, when delivering a defined level of comfort and service provision. The assessment is based on standardised assumptions for occupancy and behaviour. This enables a like-for-like comparison of dwelling performance. Related factors, such as fuel costs and emissions of carbon dioxide (CO2), can be determined from the assessment.

SAP quantifies a dwelling’s performance in terms of: energy use per unit floor area, a fuel-cost-based energy efficiency rating (the SAP Rating) and emissions of CO2 (the Environmental Impact Rating). These indicators of performance are based on estimates of annual energy consumption for the provision of space heating, domestic hot water, lighting and ventilation.

Other SAP outputs include estimate of appliance energy use, the potential for overheating in summer and the resultant cooling load. To arrange an SAP and get an on construction EPC for your building(s), or to discuss Part L compliance, call us on 0191 500 9786 or click the button below.

As a part of our building energy assessments, Greener Solutions Group can provide display energy certificates for public buildings or private organisation Display Energy Certificates (DECs) are designed to show the energy performance of public buildings. They use a score based system that benchmarks their energy usage against other similar buildings.
Public authorities must have a DEC for a building if all the following are true: It’s at least partially occupied by a public authority (eg council, leisure centre, college, NHS trust) It has a total floor area of over 250 square metres. It’s frequently visited by the public.

Private organisations don’t need a DEC but can choose to get one if they want to. They may still need an Energy Performance Certificate if the building is sold or rented. Give us a call on 0191 500 9567 to arrange your building energy performance certificate. For more information, read our article, Display Energy Certificates Explained.

Air conditioning inspections – what you need to know.

A common part of Building Energy Assessments that many people forget about is air conditioning inspections. If you control the technical operation of an air conditioning system, are a building manager or owner, you are responsible for obtaining an assessment report. TM44 air conditioning inspections must be carried out by an accredited Air Conditioning Energy Assessor.
Accreditation ensures that the Assessors are professional and competent. However, there are two levels of assessment, level 3 and level 4; the Assessor must be appropriately qualified for the complexity of the a/c system, or the report is invalid. Invalid reporting is a major problem within the community of self–employed Assessors, who are also not insured and have no health & safety experience. All of our assessors are accredited to level 4 and fully insured.

When should your air conditioning system by inspected?

From April 2012 all TM44 reports must be lodged onto the Landmark database, this is mandatory. Only CLG style reports can be lodged, never accept a document in “Word” format, it cannot be lodged and is invalid. In Scotland word documents are currently allowed.

Be aware of partial re-fit works; if any part of an old a/c system is left in place, the site will require a current air conditioning report. If you have just moved into a space or acquired a building with air conditioning, the law states that you must have a valid air conditioning report within three months of moving in. Call today on 0191 500 9567 to book your TM44 report and ensure compliance.

Get Your Free Quote